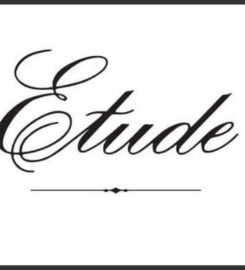 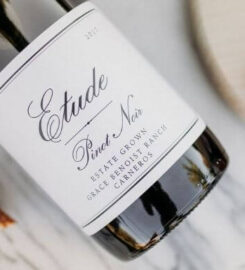 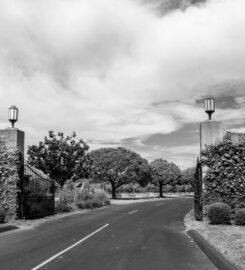 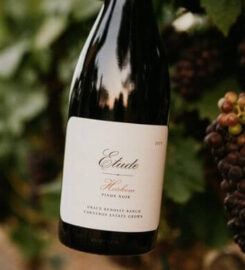 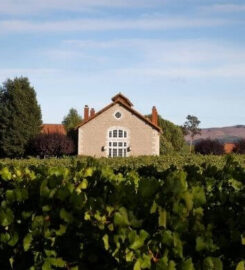 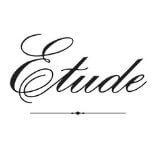 Carneros AVA – Home to Grace Benoist Ranch – Etude is located in the Carneros Region, which is the only American Viticultural Area (AVA) located at the crossroads of two major regions: Napa and Sonoma.

Considered a cooler climate wine growing area, the region is influenced by fog and maritime breezes that travel in from the Pacific via the San Pablo Bay and Petaluma Gap. This cooling effect slows leaf development and photosynthesis allowing the vines to grow slowly and evenly. This equates to a long hang time for the grapes and translates to concentration optimal sugar and phenolic ripeness and balanced acidity in the grapes.

The History of Carneros – “The Rams” – Los Carneros, named in homage to animals that proliferated the hills from the late 1800’s until the mid-20th century, was established as an AVA in 1983. Having established Etude the year prior, our founding winemaker Tony Sotor, and the Etude winemaking team were paramount in helping to define not just the borders of this new AVA, but also the uniqueness and qualifications of the grapes grown in the area – which remains vastly different from the other AVA’s in both Napa and Sonoma.

Grace Benoist Ranch – Carneros AVA – Tucked away in the far northwest corner of the esteemed Carneros Appellation is a rambling tract of grazing land that is bisected by the Rodgers Creek Fault Line at the southern toe of Sonoma Mountain. Unlike customary Carneros acreage, which is largely uplifted bay bottoms with soils composed of clay, the soils on the Etude Estate site are variations of volcanic origin. They are well drained, rocky upland soils. Combining these soils with the extreme western location closer to the Pacific Ocean makes this site a decidedly distinct destination (if not entirely atypical for Carneros).

Vineyards on Grace Benoist Ranch – The ranch is divided into 24 individual blocks, each with its own soil type, rootstock, grape variety and clonal type to match the geographic and geologic diversity found within the ranch. Individual vineyard blocks average only 8 acres in size, with dense spacing to ensure low per vine yields of fully concentrated fruit.

Sta. Rita Hilla AVA – Home of our Fiddlestix Vineyard – One of the smaller AVAs in California, Sta. Rita Hills occupies the portion of Santa Ynez Valley west of Highway 101 and is home to some of Santa Barbara’s best-known Pinot Noirs. The region’s east-to-west orientation of the valley, extreme proximity to the Pacific and its ancient marine bed soils combine to create an ideal cool-climate area for Pinot Noir.

Fiddlestix Vineyard – Sta. Rita Hills AVA – In the heart of Sta. Rita Hills, Fiddlestix was deliberately planted as a vineyard for Pinot Noir. Located a few miles inland alongside the Santa Ynez River bench at the western end of the Santa Ynez Valley, it receives a consistent draw of Pacific currents, but sits low enough against the hills to achieve some protection from the area’s infamous winds. The vineyard’s unique exposure to coastal breezes and fog ensures cooling influences throughout extended sunny days, which helps to add depth and vibrancy in the resulting Pinot Noir.

North Canyon Vineyard – Santa Maria Valley AVA – Less than twenty miles from the Pacific Ocean, North Canyon Vineyard sits along the Santa Maria river bench in a secluded canyon that provides some protection from the region’s infamous maritime influences. Located a bit off the direct valley, temperatures are often a few degrees warmer and fog tends to arrive later and burn quickly. North Canyon is exposed to extended periods of sunshine that ensure Pinot Noir matures to a bright red fruit character that is immediately recognizable as Santa Maria Valley.

A variety of rootstocks and clones are planted in calcareous clay at North Canyon, which differs from the valley’s defining marine mixture of ancient sea bed, clay loam and sand.